Based on comments from users, we realize that the difference between Activites and To-dos in Planzone is not always clear.

To first structure and organize a project is the tricky part, it is not always clear:

Creating and Managing Activities: What is an Activity in Planzone ?

An Activity can be regarded as the key stages of the project, it is the structure around which your project is organized.

Activities in Planzone can be defined as follows :

For example: using the context of the Planzone marketing communication, we have created a project in Planzone named "Sales & Marketing 2013".

Within this project, we have identified several Activities, one of which
is called "Communication".

This includes several sub-activities which we assigned to Gayle Moran (one of our collaborators). For example we have allocated 8 hours to Gayle in the sub-activity Blogs for January. 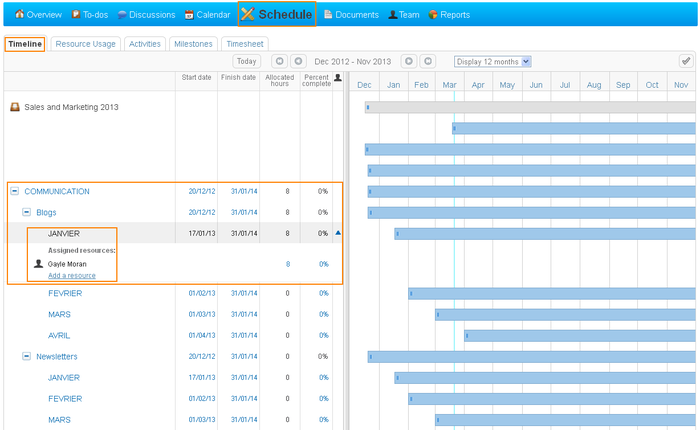 These sub-activities allow us to organize the Activity called “Communication” for example into :

Managing To-dos : What is a To-do in Planzone ? 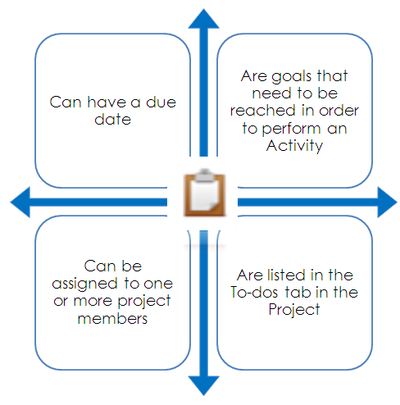 To-dos can be assigned to several members of the project team as we explained in our article Why collaborative to-dos encourage teamwork ?

In the example above, there are three to-dos in the January sub-activity. 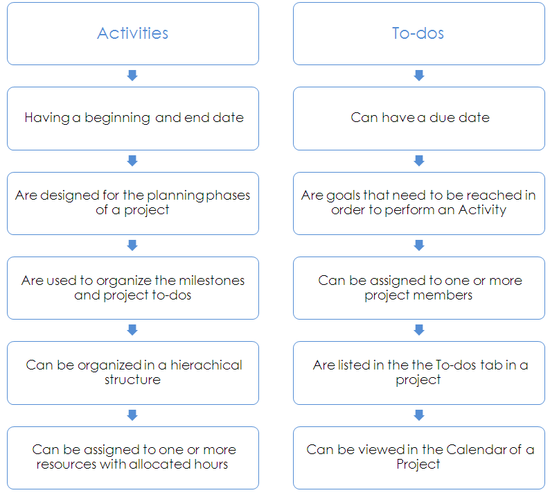 We hope that the distinction between activities and tasks in Planzone is now clearer.

Collaborative tools : why this choice ?

Collaborative tools : why this choice ?